Protected molluscs on our table

The sun, the sea and ‚mezedes’ (tasty morsels) on our table – the quintessence of the term „holidays“. Since ancient times, seafood has been a much-desired delicacy. But how many people know that some sorts of seafood belong to protected species and should not even appear in the menu?

Among a great variety of mussels, oysters and many other less well-known species like the limpets, the Warty Venus-shell (often in spaghetti vongole) and the beautiful abalones, we may often find pen shells, giant tons and date mussels. 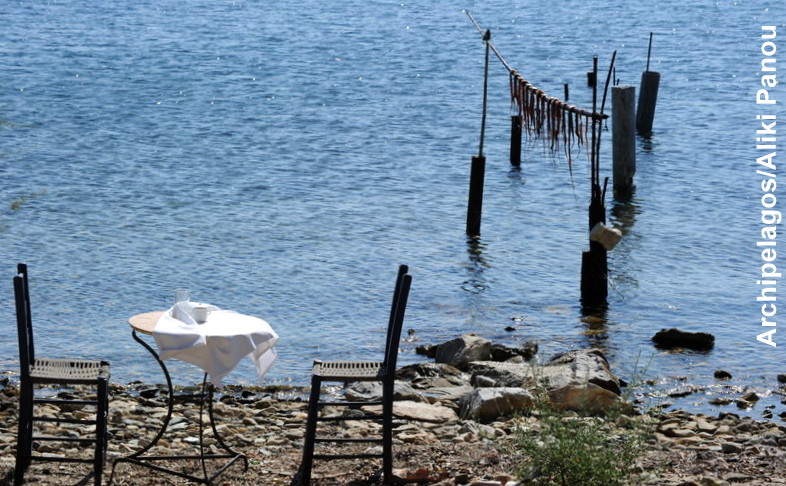 But the collection and trade of these species as well as the destruction of their habitats is prohibited by national and EU legislation and by International Conventions such as the Berne Convention on the Conservation of European Wildlife and Natural Habitats (1979). However, even fishermen or owners of restaurants often just don´t know this fact. Date mussels or pen shells are often presented on the internet as the special delicacy of the establishment.

Out of the more than 1,000 species of marine snails or bivalves that have been registered in Greece, 7 are protected. Several of these molluscs (such as the pen shell) have already been over-fished and their populations have dangerously decreased.

On the other hand, some collection methods destroy the animals’ habitat along with other animals and plants living there. This is the case for date mussels, for instance, which live deep inside calcareous substrates and one has to crack or smash the rock they live in in order to collect them.

The picture shows a piece of rock which had hosted date mussels. 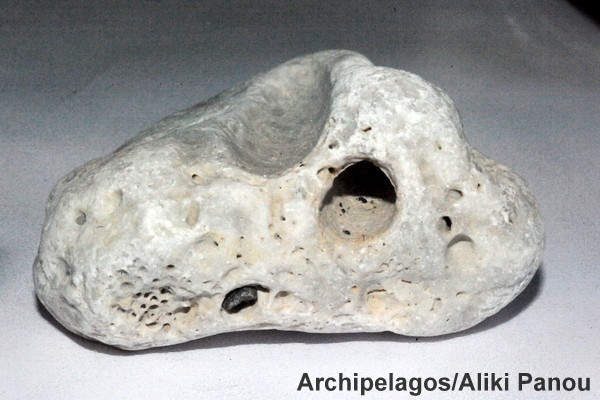 Furthermore, several species are collected to be used as bait or just for decorating  a tavern or a mantlepiece of a fireplace… 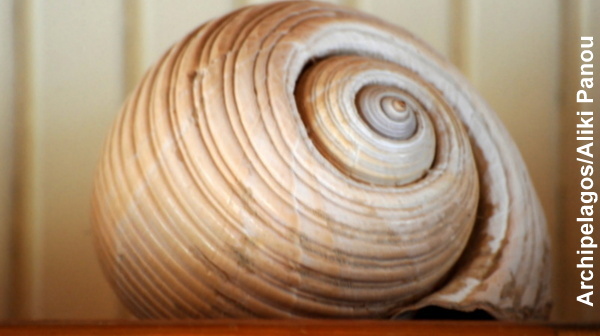 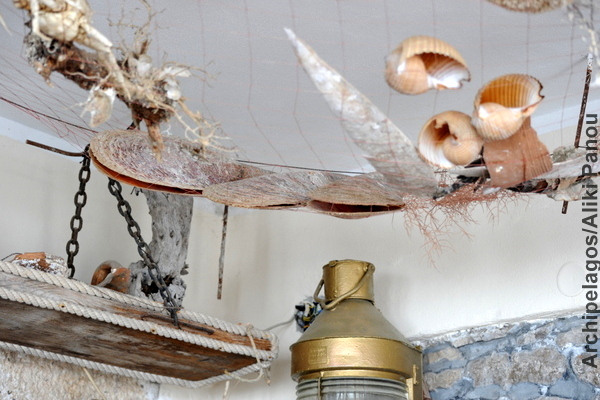 The protected species are: 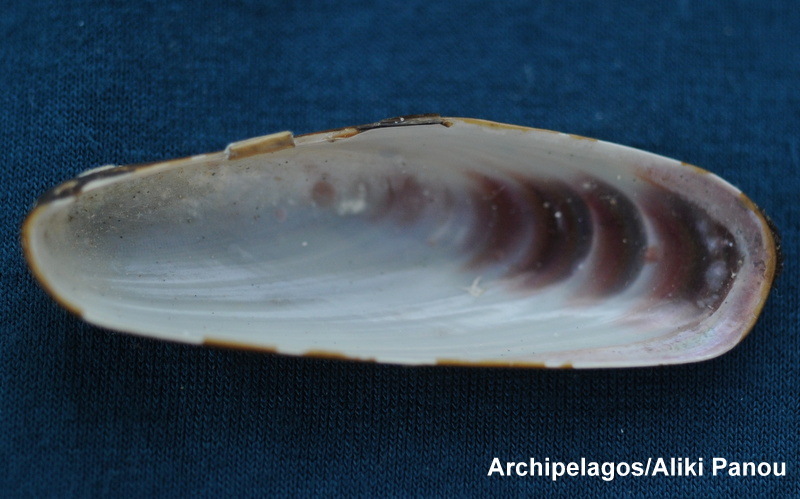 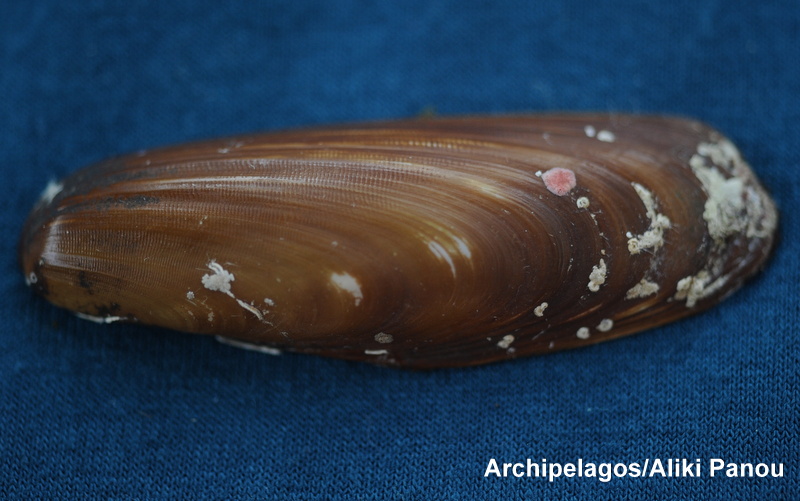 2. The pen shell or fan shell

(Pinna nobilis; it lives only in the Mediterranean Sea) 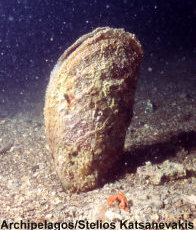 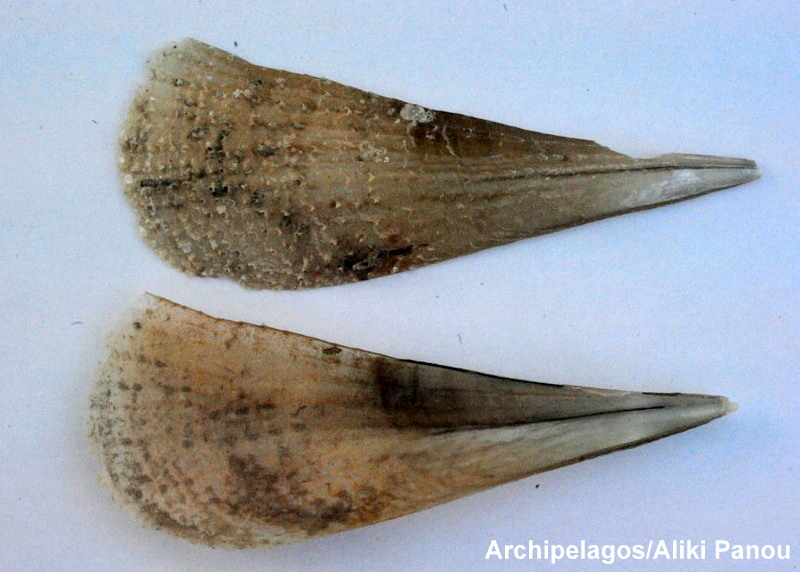 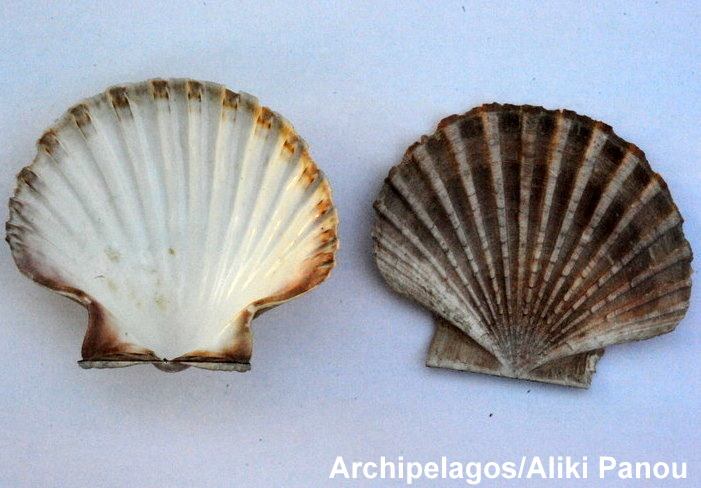 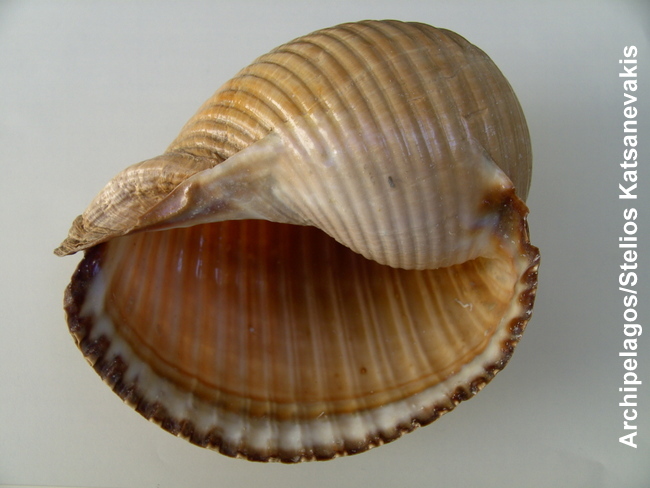 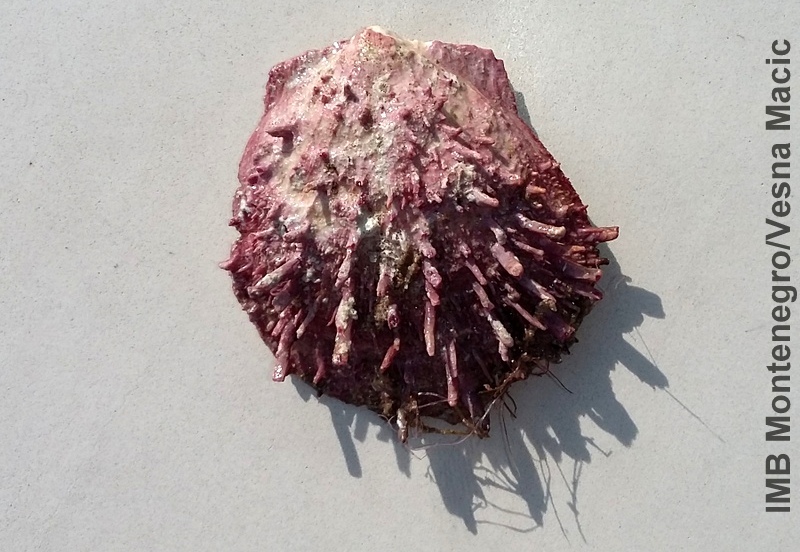 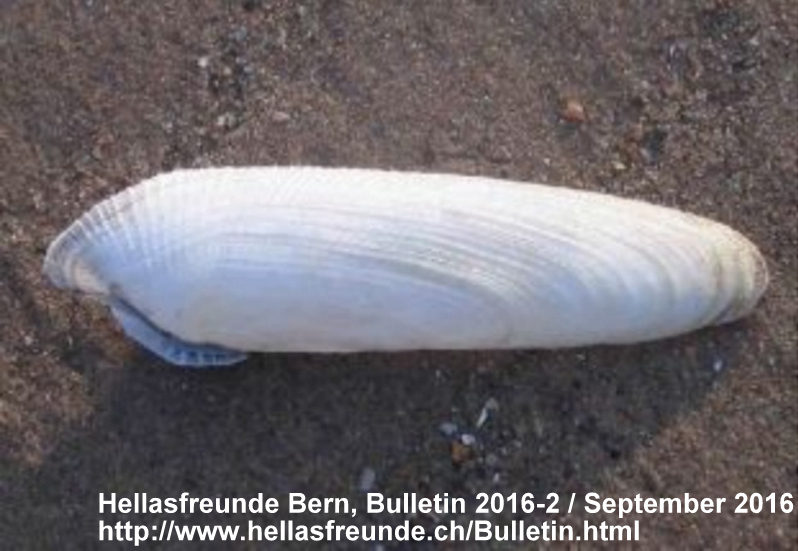 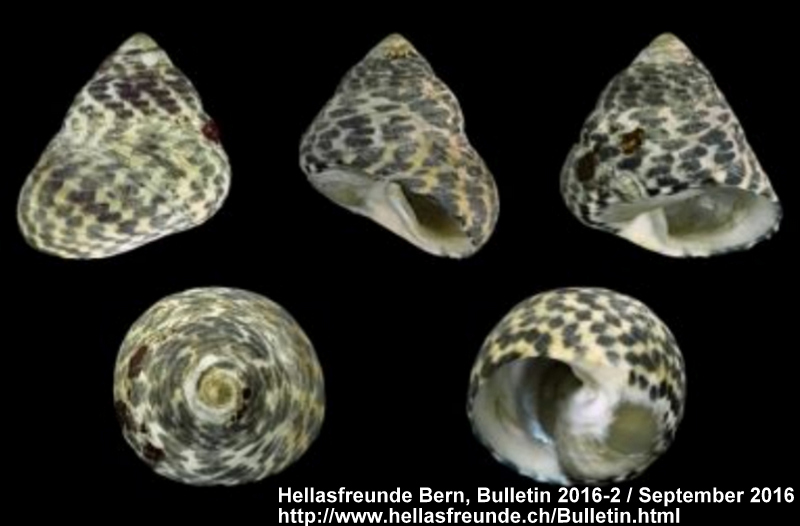 In order to investigate how widespread the illegal trade in the above molluscs is and whether their consumption varies regionally, we participated in 2009-2010 together with the Hellenic Center for Marine Research (HCMR) and the University of the Aegean in a panhellenic study under Dr. St. Katsanevakis (HCMR at that time, see also bibliography below).

We interviewed the owners/managers of 219 seafood restaurants in 92 areas along almost all coasts of Greece. Based on a list with photos of 20 species of molluscs for the precise determination of each species (or groups of species if differences were not clear to a layman) we asked if and how often each of these 20 species had been offered in each restaurant and from where the merchandise came from.

The 7 protected species were included in our list of 20 species without, of course, indicating their status. It should be mentioned here that, in general, the populations of all these 20 species are decreasing whether they are protected or not. 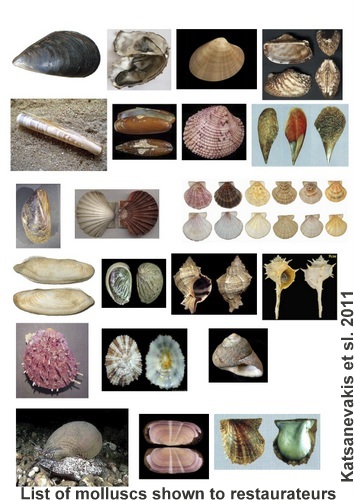 All 20 species/groups of species on our list were included among the dishes served by the restaurants. The evaluation of the -anonymous- answers showed that almost half of the interviewed restaurateurs (42%) listed a protected species at least once in their menu including the answer «rarely». Some protected species were available quite often (statements «from time to time; often; always») and some of them were available even more frequently than non-protected species.

The most common of the protected species offered was the date mussel. It was in fifth position overall (!), after the legally-offered mussels, Warty Venus-shells, Brown Venus and oysters, but was offered more frequently than other legally-offered species such as the bearded horse mussel, Noah’s ark and others. We found date mussels in 23% of the restaurants visited: the species is considered a special delicacy since several years.            In Euboea where there is a long-standing tradition of consumption of date mussels we found the species in 65% of the restaurants. Second in range was the Gulf of Saronikos with 25% of the restaurants: we found date mussels everywhere, in Piraeus, in the centre of Athens but also in the northern suburbs, far away from the seaside. 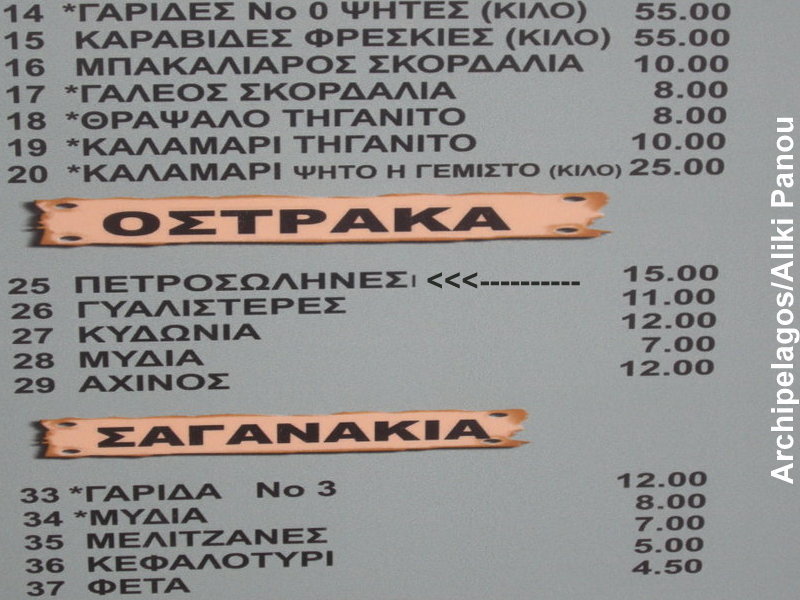 At the national level, of the protected species the Jacob scallop was the second most common with 19% of the restaurants offering it. Third was the pen shell, offered in 26% of the restaurants. The frequency was highest in areas of the N. and the S. Aegean Sea, a fact that also applies to the majority of the other 4 protected species. The species least offered were the giant ton and the common piddock (1,5% of cases). There was no indication of illegal imports from other countries. In most of the cases, the molluscs had been collected on the spot.

It should be noted here that in one restaurant in the North Aegean we also found the Tritons’ horn or trumpet shell on offer (μπουρού in Greek, Charonia lampas and Charonia variegata).

These species were not included in our list since they are not protected by Greek legislation.

But they are protected according to the international Conventions of Berne and Barcelona. 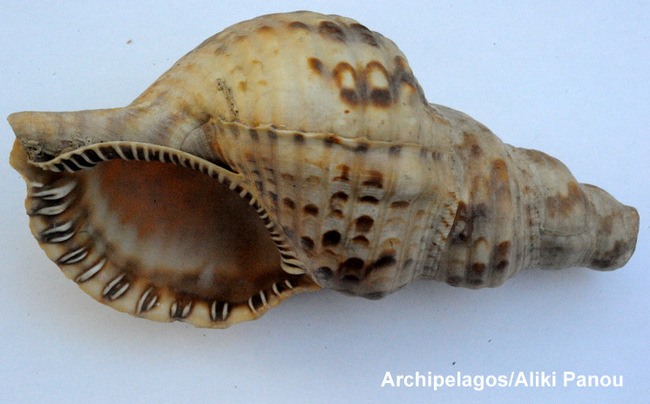 Our results clearly demonstrate that the existing legislation is simply not being enforced. Here, the state should intervene in both ways: precautionary, i.e. through information of the public, as also through enforcement of the law, i.e. through controls on the spot. Since the publication of our results in 2011 and up to the present time nothing has been done by the authorities responsible. Therefore, following Prof. St. Katsanevakis’ reporting the matter to the Council of Europe/Berne Convention, all authors of this work collectively sent recent data gathered mainly through the internet, as was requested by the authorities of the Berne Convention. However, the official processes are slow and it will take a long time until tangible results are obtained.

But we citizens, all together and as as individuals, can and should contribute to the protection of these -nowadays rare- species of the Greek seas:

This attitude may yield results much faster

than the complex and long-term procedures 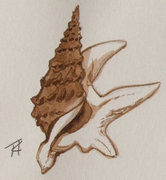 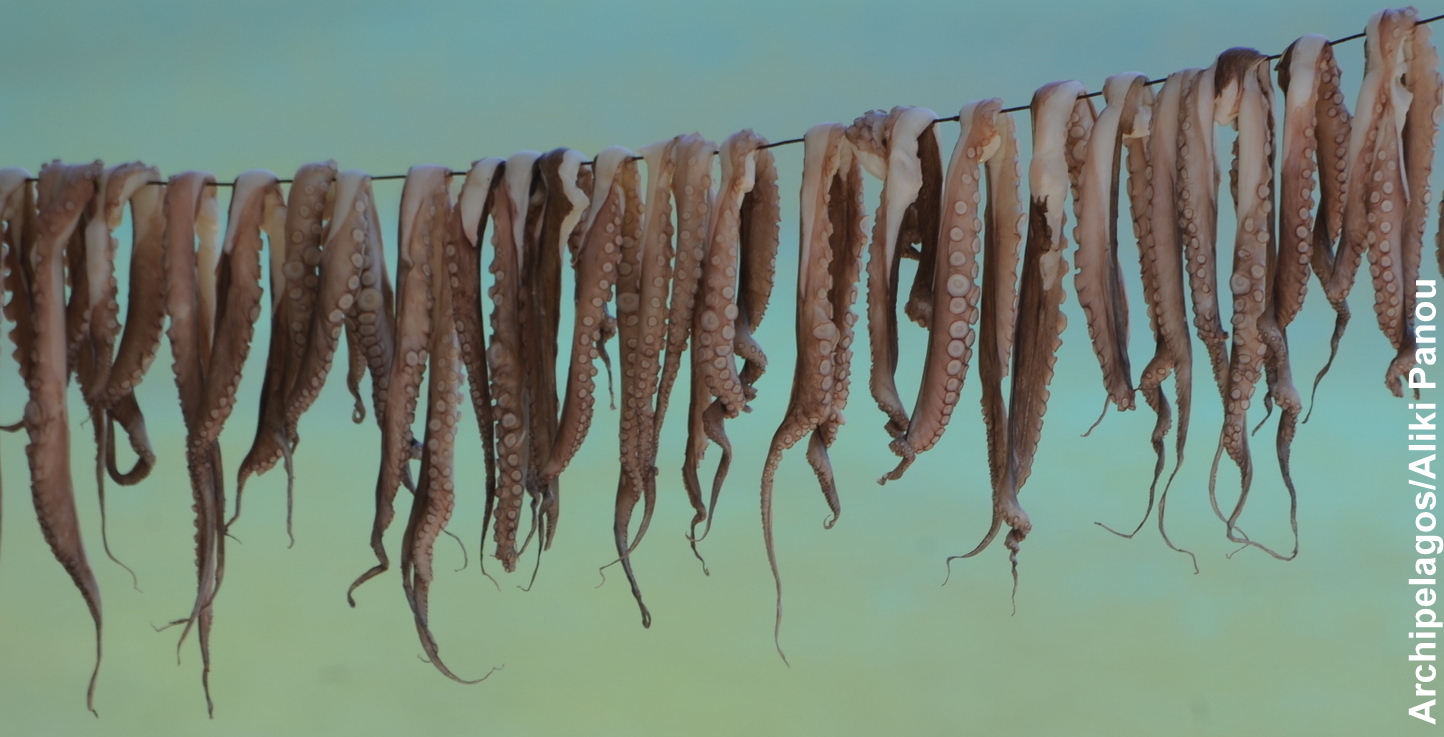