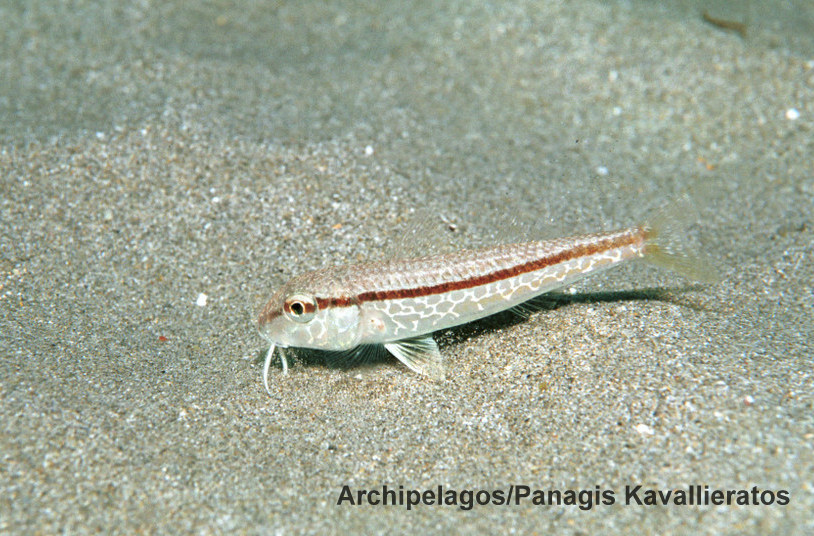 We concentrated on coastal fisheries since marine resources are an important factor in the framework of marine conservation regarding both the supply of sufficient food for endangered animals such as the Mediterranean monk seal, dolphins, sea turtles, etc., and with respect to the economy of coastal regions. 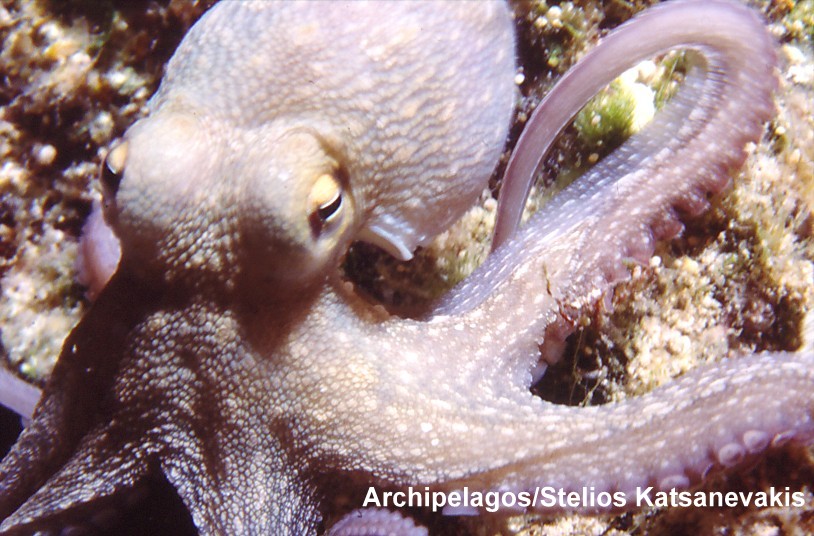 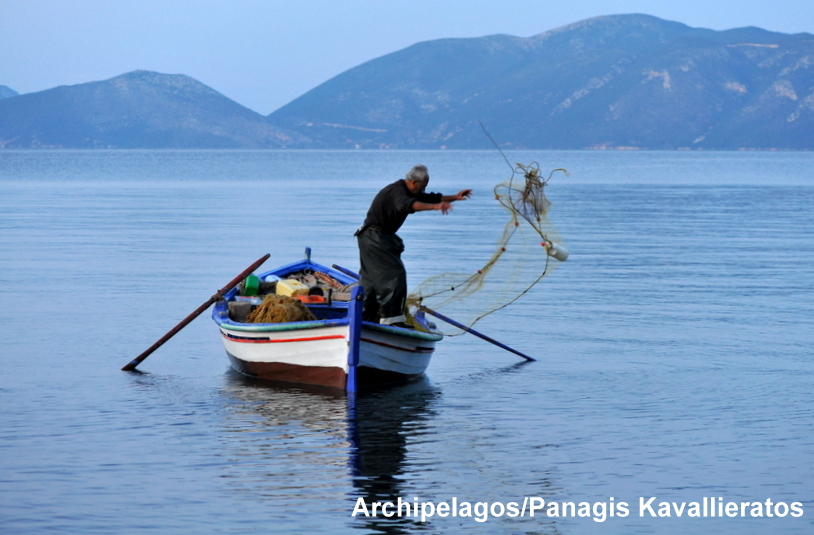 Furthermore, coastal fisheries have traditionally been an important part of the socio-economic structure in Greece as also in the entire Mediterranean. They are worth preserving for a number of reasons, from providing local employment and reducing migration from smaller islands to larger cities, to contributing to the local GDP and retaining an active community in remote places throughout Greece. 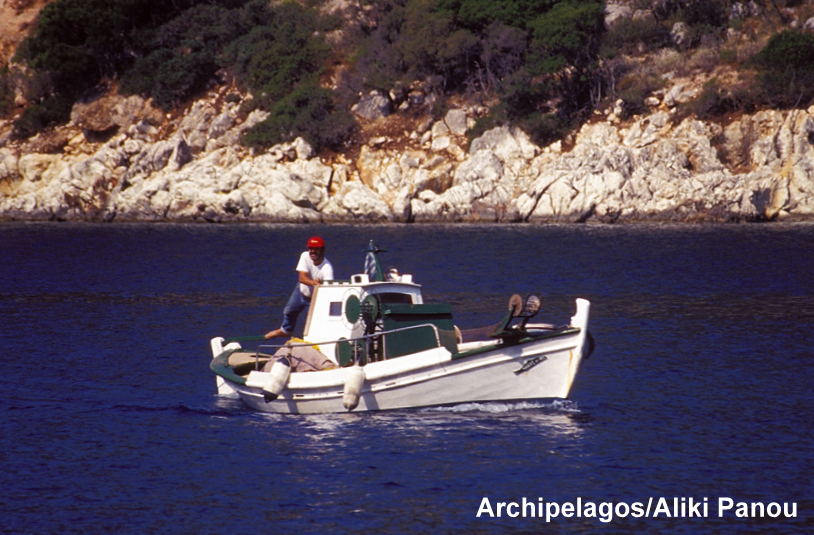 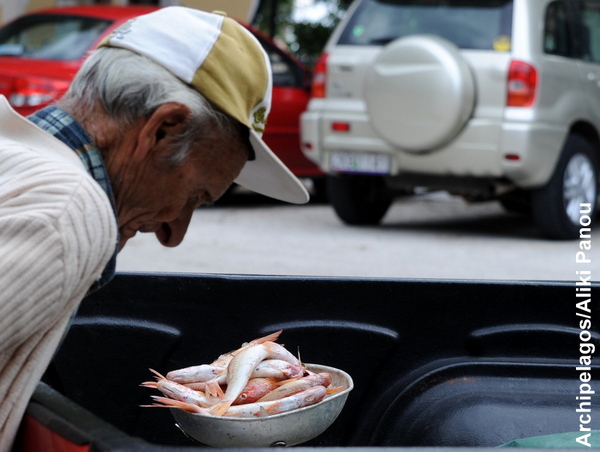 Fishermen have been reporting ever decreasing catches for many years.

In the meantime, the reduction in stocks in some species such as the hake throughout the Mediterranean is well documented. 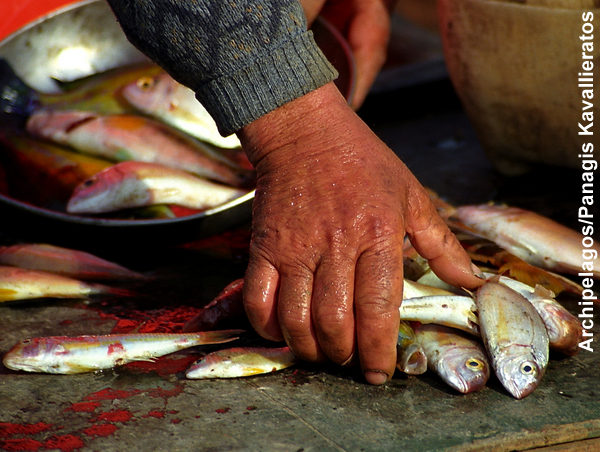 With the close co-operation of fishermen, we recorded the fish catch in the fishing port of Poli in NW Ithaca over five years (1991-1995).

The fishermen reported their fishing trips, their catch and other details every day.

The entire project was carried out on a voluntary basis without any funding. 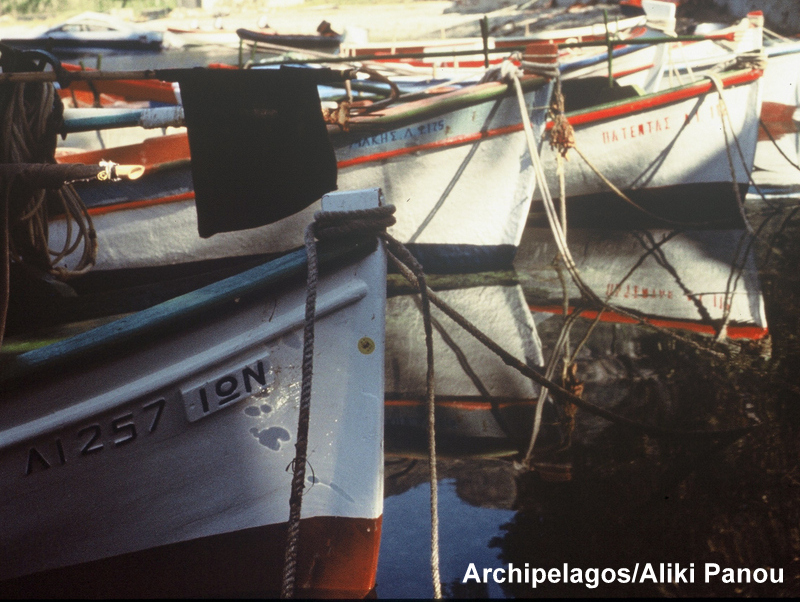 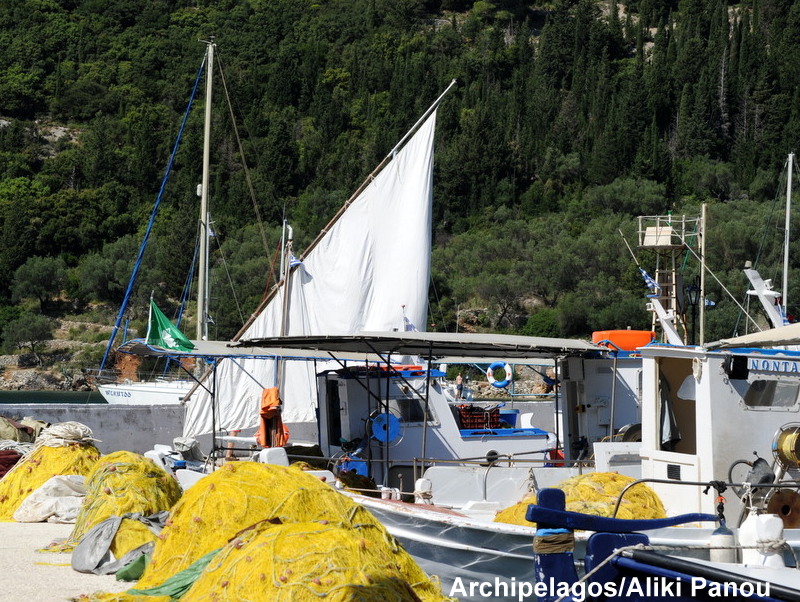 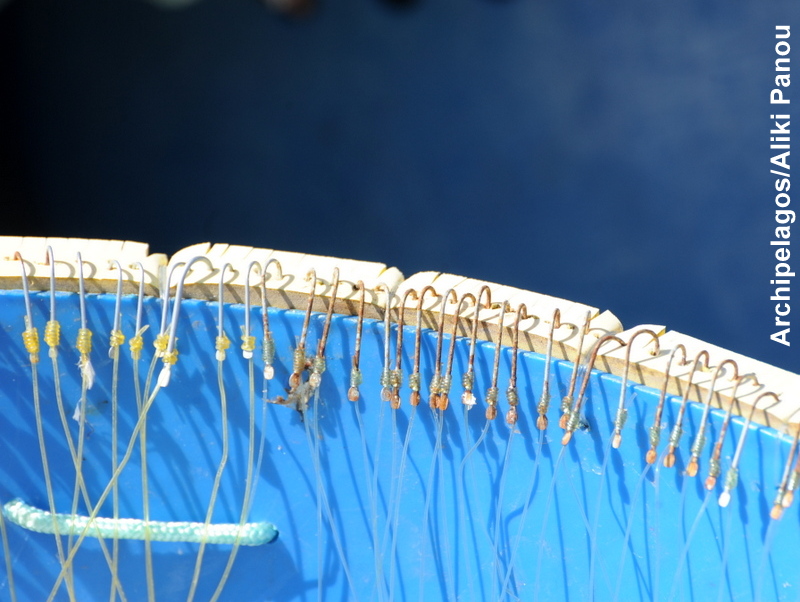 Our aim was to study the status of fish stocks that are important for the fishermen but also for the survival of seals, turtles and many other species.

Our data were evaluated by Ms. E. Mantzarlis, biologist, University of Portsmouth, UK, within the framework of her thesis in coastal management under our supervision since we had no funding for this project.

The greatest catches were recorded during springtime followed by winter, summer and autumn. 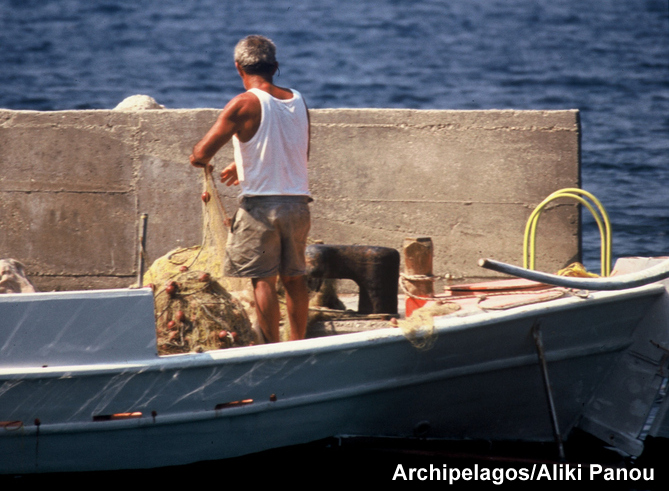 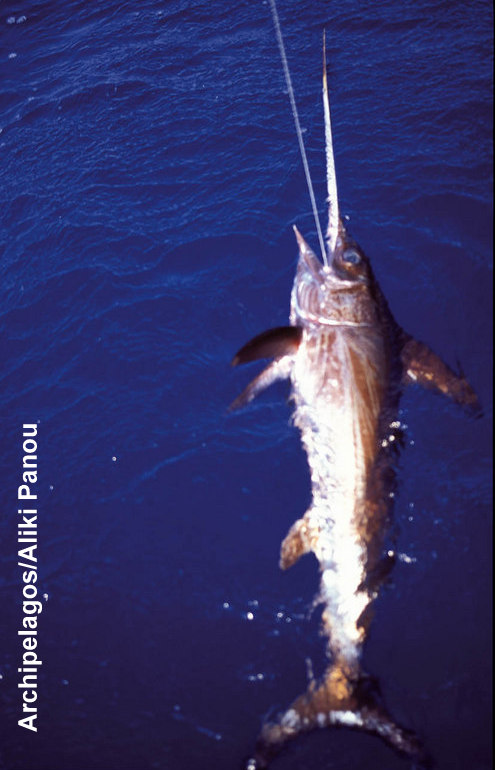 Additionally, we recorded the swordfish caught on Kefalonian swordfish boats over six years (1990 -1995), again of course with the co-operation of the fishermen who voluntarily reported their daily catch.

Ηere again, the catch decreased over the years, mainly because of illegal drift net fishing. The fishermen had to sell their large swordfish boats or to withdraw the boats’ fishing licences.

We also carried out campaigns and actions against the illegal drift net fishing in the Ionian Sea – mostly together with the fishermen (1990-92). 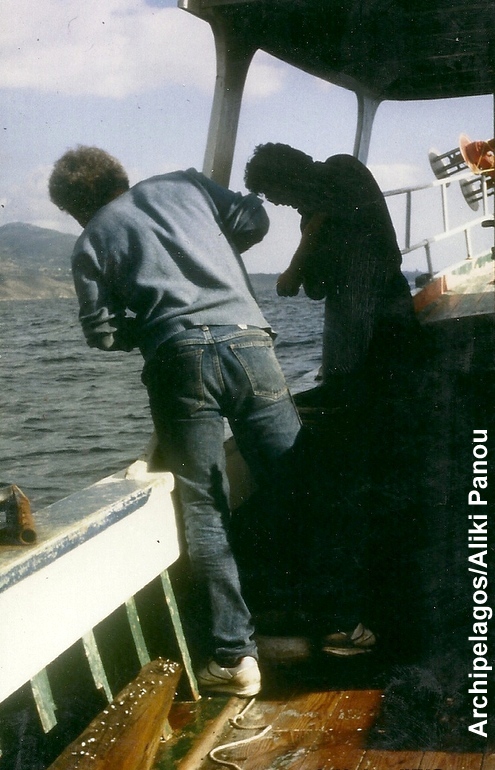 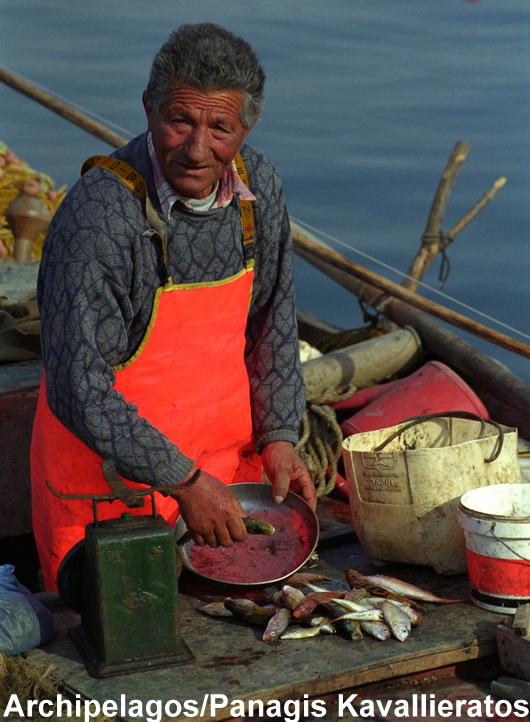 These scientific data will help in designing future protection measures for the fish resources, taking into account that, in recent years, fishermen report their catch to be considerably lower than in the 90´s – an indication that the area has been over-fished.

Action has to be taken now!

Otherwise we will continue getting meagre catches or even empty nets. 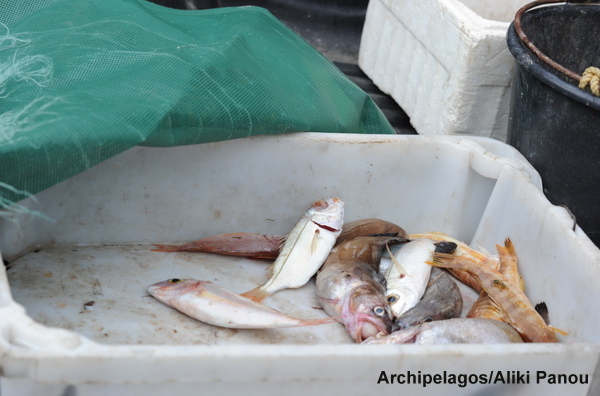 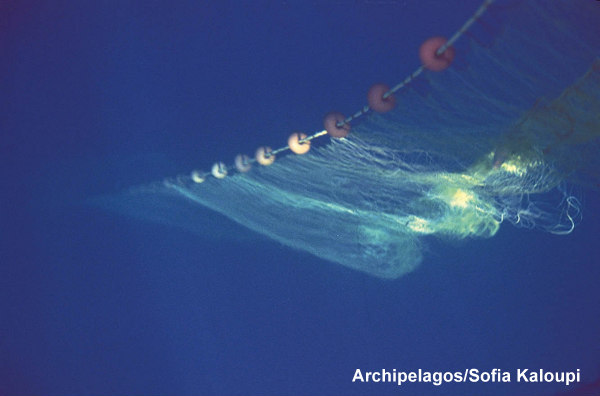 The establishment of protection zones, the so-called „no-take“ zones, will greatly help in the regeneration of marine resources

for the benefit of both humans and marine creatures. 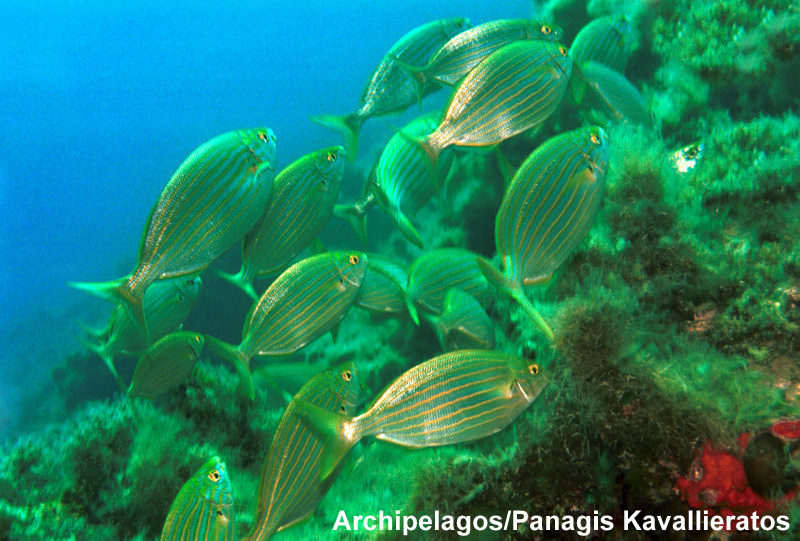 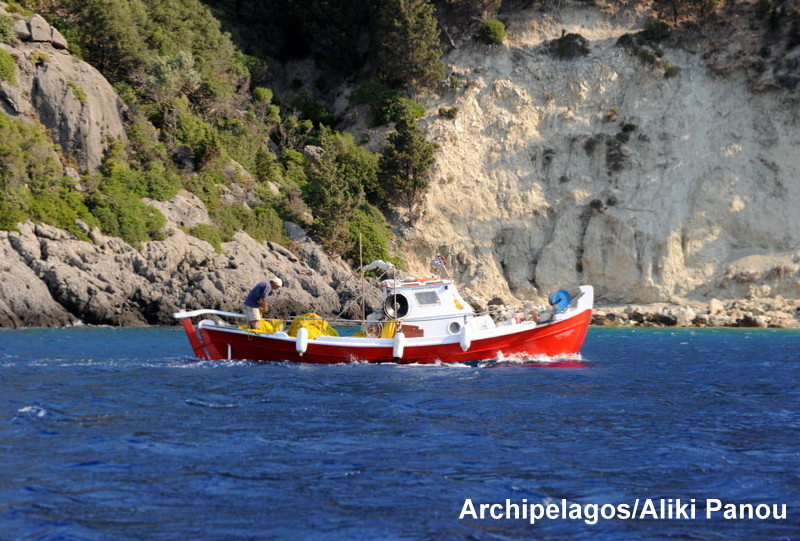 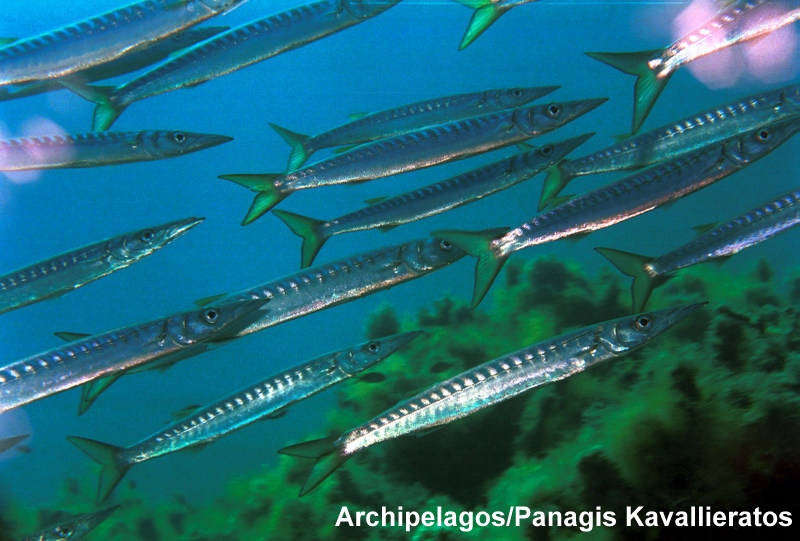